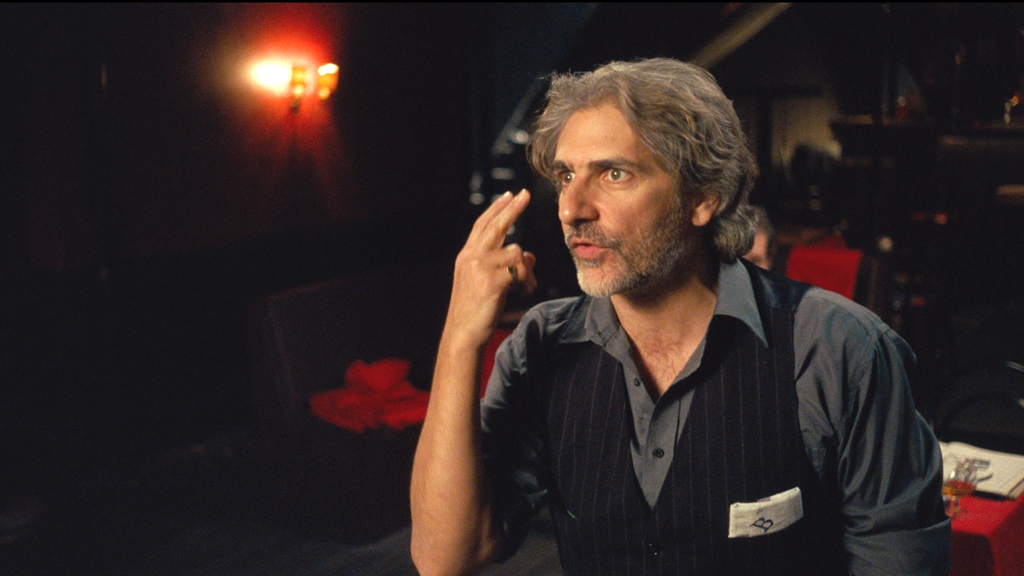 The new film by Bruno de Almeida Cabaret Maxime starring Michael Imperioli opens theatrically at the Metrograph in NYC on February 21st, ahead of a national, multi-platform rollout on March 3rd, 2020.

SYNOPSIS
Bennie Gazza, the owner of Cabaret Maxime, a nightclub in an old, red-light district where a group of colorful characters perform musical numbers, as well as burlesque and striptease acts. Bennie runs the cabaret like a tight family, dealing with each artist’s unique personality while taking care of his performer wife, Stella, who suffers from manic depression. When the once-decadent neighborhood starts to become gentrified, Bennie struggles to keep his club afloat. As the residents are being bought up and pushed out, Benny is violently threatened when he refuses to sell. The pressure builds to a dramatic climax as Benny is forced to take a stand against the powers that be.

ABOUT THE CAST AND CREW
Cast and Crew