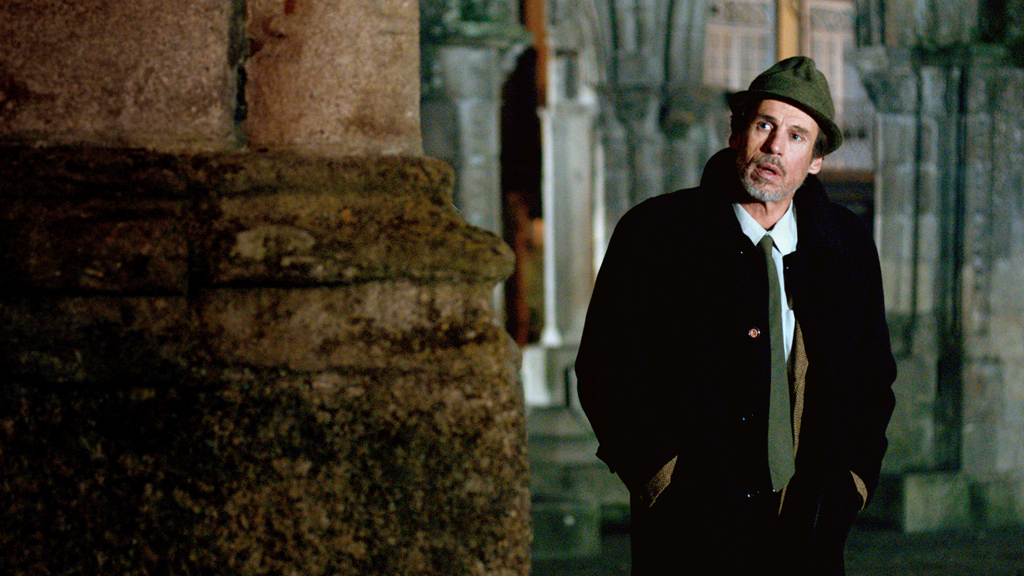 Bill Carson, an American writer visits the ancient Portuguese town of Guimarães for a lecture on the work of Edgar Allan Poe. What would seem like a nice little trip goes terrible wrong when his paranoia takes over the events that follow...or maybe not?

Bruno de Almeida explores the gothic settings of this old town and flirts with mistaken identity and paranoia themes in this comedy of errors.

Part 1 of a trilogy that will end up as a feature film. The next segments will be shot in Sintra, Évora and New York City.