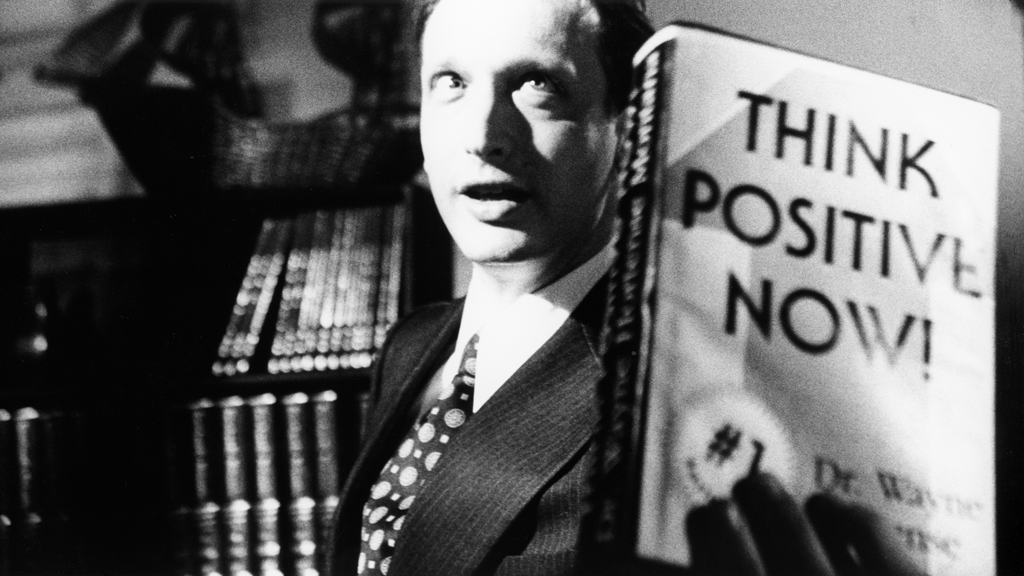 In the midst of the early 90's recession, a series of disastrous telephone messages triggers a major domestic crisis for the Kosnicks, a yuppie couple at the end of their rope. In the height of their despair, a door-to-door Salesman tries to sell them a book about positive thinking... but for the Kosnicks it may be too late.

In May 2018 a 25 year celebration edition was released made from the original 35mm interpositive print scanned to 4K at ANIM and digital restoration at Irmã Lucia. Audio restored from a 6 track monaural magnetic master at Loudness Films. Special thanks to the Cinemateca Portuguesa.