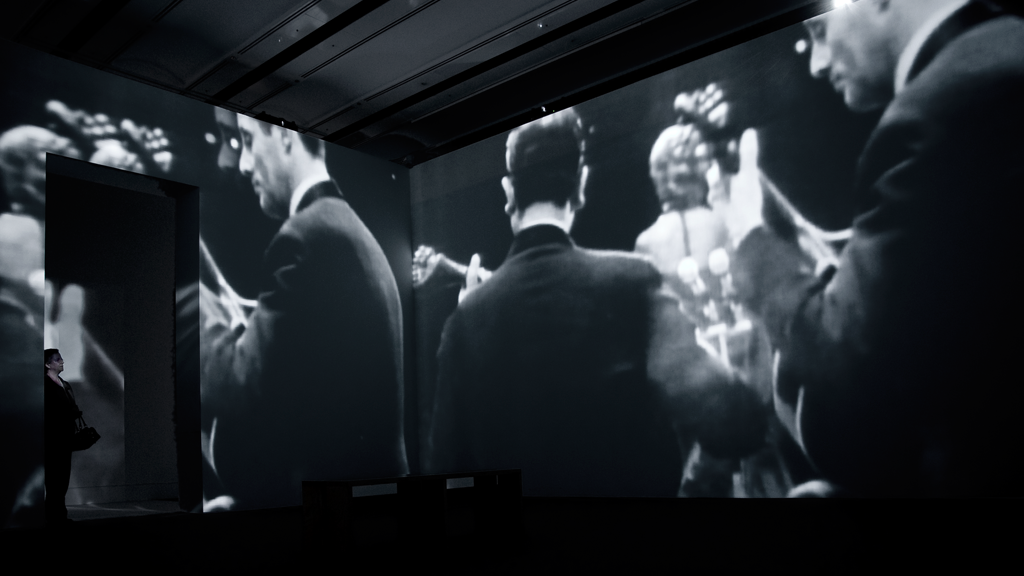 In 2009, Bruno was commisioned by the Berardo Museum, in Lisbon, to create a a video installation exclusive for the show AMÁLIA, INDEPENDENT HEART.

The piece "Esse Olhar Que Era Só Teu (That look that was so yours)", a title taken from the Alexandre O'Neil poem sang by Amália, is a multimedia piece consisting of four projections on 8x8 meter screens showing looped images and sequences taken from the various documentaries that Bruno made on Amália Rodrigues over the years. In designing the soundtrack for the installation Bruno invited guitarist Tó Trips and bass player Pedro Gonçalves (the two musicians from Dead Combo) to create a audio tapestry where the sounds of the electric guitars would be juxtaposed to the electronically altered recordings of Amália Rodrigues. Built around the deconstruction and re-editing of both original images and sounds to which they added riffs, new rhythms, loops, altered chords and an array of processed sounds to create the foundations to which we then reinvent new melodic ideas.

Some of the sound collages are produced using Dada concepts, such as "chance operations" or Marcel Duschamp influenced "ready-mades". The idea of sound sculpture is assumed and explored thus creating noise, dissonances, atonalities and repetition form structures. The processing of magnetic tape and the manipulation of turntables follows what Pierre Schaffer defined in 1940 as musique concréte, referring to the peculiar nature of what happens to recorded sounds when separated from the source from which they initially originated. Amália's voice is sometimes present, deconstructed, re-edited, superimposed but not altered and the soundtrack is all built around sounds taken from her original recordings. This new contextualization of vocal phrases, or shouts, juxtaposed with Tó Trips and Pedro Gonçalves unique guitar sounds suggest new ways to look into a world where experimental music and Fado meet.

← “LAS VAGAS” GNR AFTER THE FIGHT →
Skills Posted on