THE KING IN EXILE 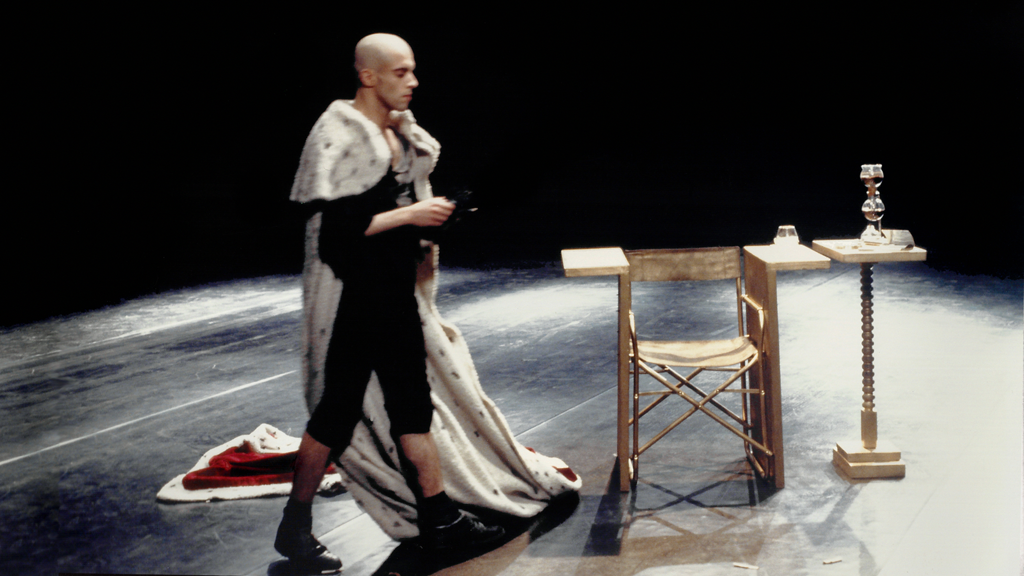 A film of a dance solo by choreographer/dancer Francisco Camacho. The character is the result of the juxtaposition of the choreographer himself and of King Don Manuel II, the last King of Portugal who was exiled to England in 1910. The film does not follow the traditional documentary format. It gives us instead an elaborate interpretation of the choreography while respecting the structure of the piece. By using the camera to guide us as a point of view, it alternately focus on the isolation of the King's character and plays with surprise elements, thus revealing new textures and proposing readings different than those that may have initially seemed apparent.