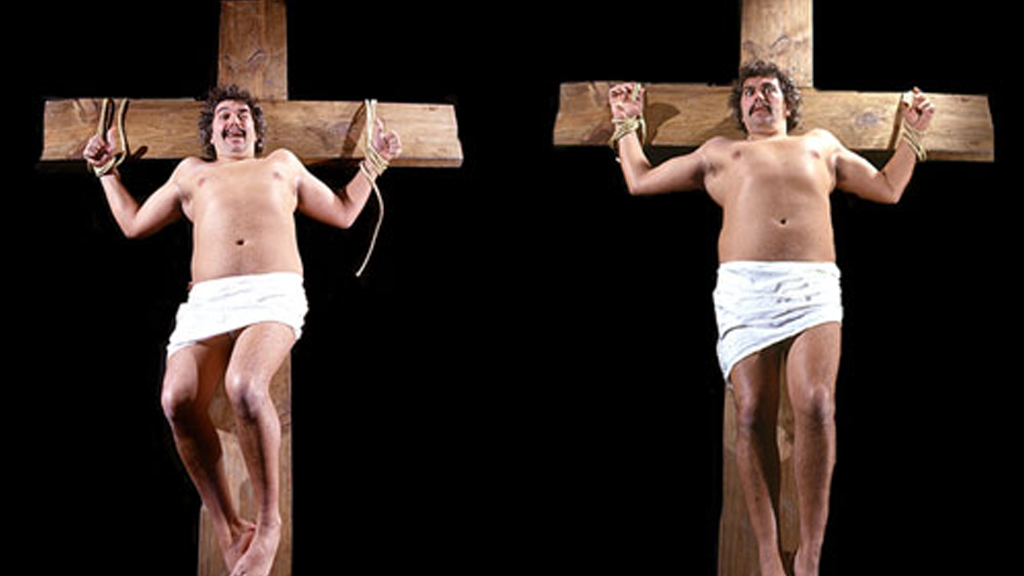 Orgasmo Carlos is an art collective satirical group where all members participate with art works that are not signed. The membership is a mystery but the physical image of Orgasmo Carlos himself is played by Manuel João Vieira, a.k.a Lello Universal, Lello Minsk, Lello Marmelo or Elvis Ramalho. Suspected members include the artists Pedro Portugal, Pedro Proença, Fernando Brito and filmmaker Bruno de Almeida, although no one can confirm or deny the existence of such a group. Orgasmo Carlos himself can not confirm his own existence.