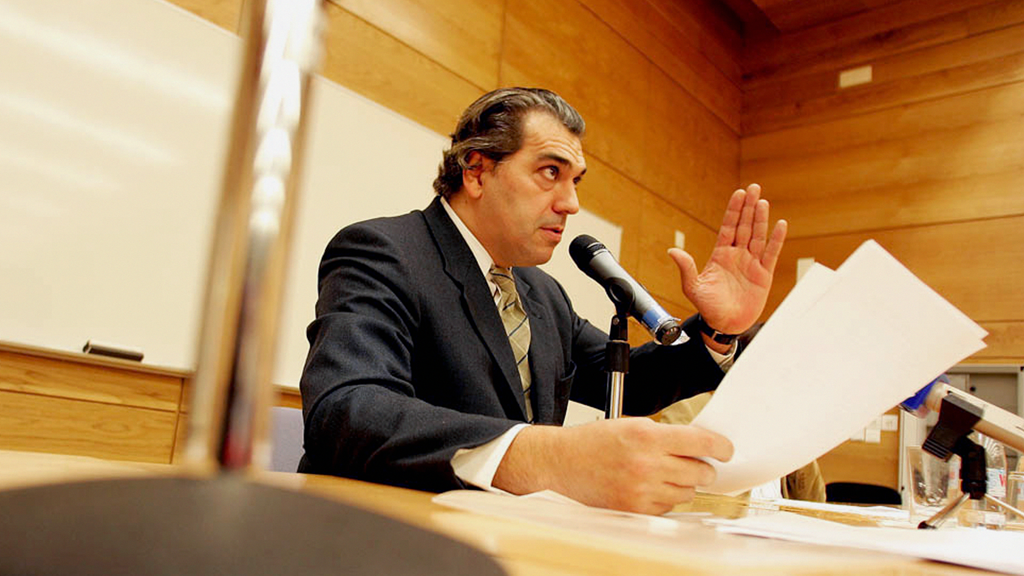 A feature documentary about Manuel João Vieira satyrical run as a candidate for the Presidency of Portugal in 2001. Altough he didn't collect the number of signatures needed to officially put him on the ballots, Vieira's surreal campaign appearances on television talk shows, radio and concerts took the country by storm and left everybody laughing. His moto was: "I'll only give up if i'm elected".

Manuel João Vieira has been at the forefront of the Lisbon underground art scene since the early 80's as a painter, actor and rock star. With a huge cult following, he continues to draw attention to his projects through his unique brand of dada-like showmanship and corrosive sense of humor. Anarchy, pornography and kitsch are all parts of the Vieira formula and of its immense creative output. Vieira is Duchamp, Guevarra, Cantiflas and Zappa all rolled into one.

← THE ART OF AMÁLIA THE COLLECTION →
Skills Posted on